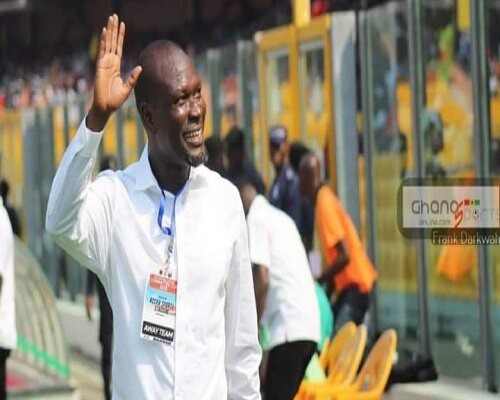 If there is anybody who is having nightmares then it will certainly be the coach of Ghana’s national football team, CK Akonnor and his players.

The coach’s nightmares began after the Stars wobbling performance during their world cup qualifier against the Bafana Bafana of South Africa.

The match ended in tears for C.K. Akunnor and his boys as Bafana Bafana beat the Stars by a lone goal.

Going into yesterday’s match, many Ghanaians had criticized the team for not putting up a spirited performance in their first matches against Ethiopia.

Even though the Stars managed a face saving lone goal against Ethiopia, most Ghanaians were enraged.

Their anger has somehow rekindled after the Stars lackadaisical output on the field of play yesterday in far away South Africa.

Yesterday’s lost had pushed the Black Stars to the second place on the world cup qualifier league log.

Although, coach Akonnor lost as much seven key players due to the COVID-19 pandemic restrictions, most Ghanaians believe the players who against the Bafana Bafana side are better side than that of the South Africans.

Many Ghanaians including sports analysts, and pundits are asking for the head coach’s head for non-performance

The phrase “CK Akonnor should be sacked immediately” surfaced in almost every post/comments on social media.

According to many, the coach lacks the mental ability and intellectual know-how to coach and manage the senior national team of Ghana, The Black Stars.

His tactics have been questioned, his lineups have been debated and his overall performance has failed to propel the team to victory. A social media commentator screamed.

While the FA President admonishes Ghanaians to bring back the love, many believe with CK Akonnor at the helm of affairs, Black Stars has no future.

The win percentage of coach Aknnor since he took over the mantle from coach Kwesi Appiah is pegged at per cent; the worst performance by any Black Stars coach in history.

As result of CK’s poor shows, most Ghanaians are very livid, calling for his immediate sacking.

Yesterday’s match against South Africa is described by many the most poorest performance put out by the Stars in the history of football, because the Black Stars did not only fail to glitter but also lack the ability to even swing passes together, are unable to create clear cut goalscoring chances and recorded zero shot on target.

The interim headcoach of Elmina based football club,  Elaine Sharks has left the club barely a season ago after coach...

The Executive Council of the Ghana Football Association (GFA) has fired the coach Charles Akonnor and his two Assistants from...

The Ghana Football Association says it has submitted to the police video footage of the acts of hooliganism perpetrated at...

The Ghana Football Association (GFA) has requested a meeting with the Inspector-General of Police (IGP) to try and fix hooliganism...

Asante Kotoko Chief Executive Officer, Nana Yaw Amponsah will in the coming hours be removed from his post after the...

Experienced and pretty Triple Jumper, Nadia Eke, is expected to be the flagbearer of Team Ghana at the opening ceremony...

JM maintains NDC were clearly robbed off victory during 2020 General Elections... Despite his admission party went to SC to calm tempers