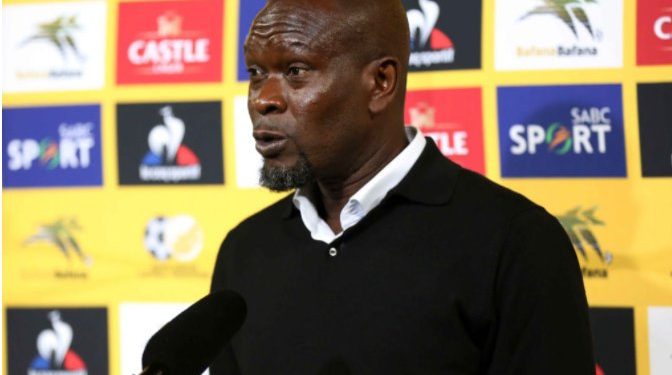 The Executive Council of the Ghana Football Association (GFA) has fired the coach Charles Akonnor and his two Assistants from their positions as head Coach and Assistants of the senior national team of Ghana.

The Executive Committee took the decision to terminate the appointment of Mr Charles Akonnor and his two Assistants with immediate effect.

Their sack follows the receipt of the Technical Report from the Head Coach of the Senior National Team and the report from the Black Stars Management Committee following Ghana’s Group G World Cup qualifying matches against Ethiopia and South Africa.

The Executive Council after considering the two reports have decided to terminate its relationship with the Head Coach C. K Akonnor and the two Assistants.

The Executive Council has formed a three (3) Member Committee made up of Vice President Mark Addo, Upper East Regional Football Association Chairman, Alhaji Salifu Zida and Dr. Randy Abbey to find a Head Coach and Assistant Coaches for the Black Stars within the next 72 hours.

The Association wishes C.K Akonnor and his Assistants the very best in their future endeavours.

Ghana currently have three (3) points after the two opening matches.

The Black Stars will take on Zimbabwe in the next round of games in October 2021.

The interim headcoach of Elmina based football club,  Elaine Sharks has left the club barely a season ago after coach...

If there is anybody who is having nightmares then it will certainly be the coach of Ghana's national football team,...

The Ghana Football Association says it has submitted to the police video footage of the acts of hooliganism perpetrated at...

The Ghana Football Association (GFA) has requested a meeting with the Inspector-General of Police (IGP) to try and fix hooliganism...

Asante Kotoko Chief Executive Officer, Nana Yaw Amponsah will in the coming hours be removed from his post after the...

Experienced and pretty Triple Jumper, Nadia Eke, is expected to be the flagbearer of Team Ghana at the opening ceremony...

Fair Trade organizations call for inclusion of smallholder farmers and workers in finding climate solutions ...as global focus on climate crisis intensifies ahead of COP26.