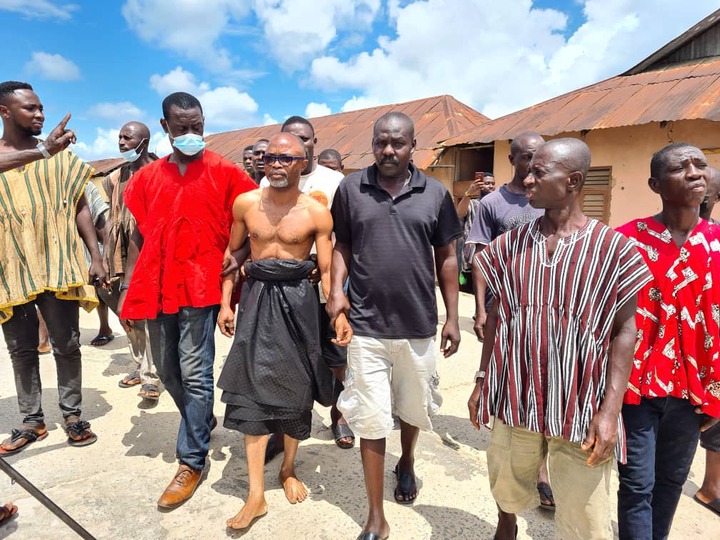 Asamankese Traditional Area was held today at the Anum Ahenfie at Asamankese in the Eastern Region.

Samuel Osei Agyei swore an oath of allegiance to the Mankrado of Anum-Asamankese, Baffour Kwame Amponsah III and to the Omanhene of Anum-Asamankese Traditional Area, Barima Essah Kwesi Mensah Bediako III who performed the installation ceremony.

Barimah Mensah Bediako III poured powder on him (Osei Agyei) to officially signify that he is now a Chief under the stool name Baffour Kwaku Agyei Kodie I.

The new Asomkahene, Baffour Kwaku Agyei Kodie I will serve as the ‘ear’ (Public Relations Officer) of the Chiefs and people of Anum Asamankese led by *Barima Esaah Kwasi Mensah Bediako III. 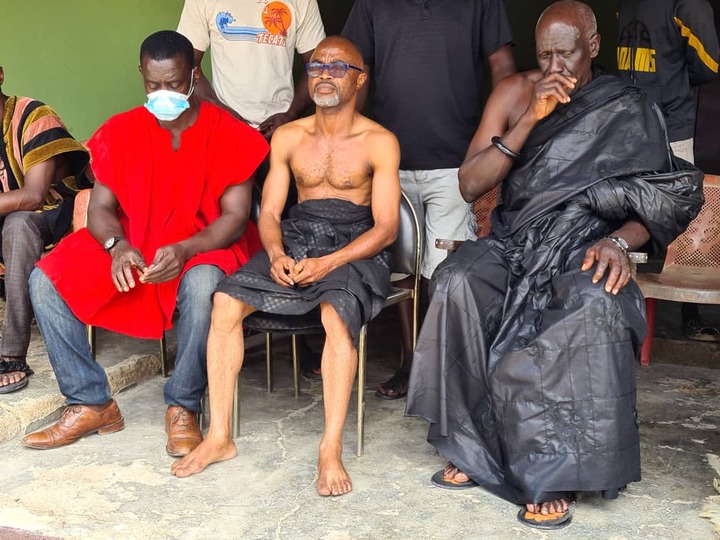 The new Asomkahene is currently being taken through traditional lessons for three days before his official outdoring and coronation where he will swear an oath of allegiance to Barima Essah Kwasi Mensah Bediako III on Sunday during the Akwasidae, which is a durbar of the Chiefs and people of Anum-Asamankese.

Samuel Osei Agyei is a Journalist by profession and he is currently serving as the Organising Secretary of the Parliamentary Press Corps.

The occasion was witnessed by all sub-chiefs of Anum-Asamankese, Queen Mothers, friends and well-wishers, members of the Parliamentary Press Corps, family members and Chiefs of the Asomkahene.

Fair Trade organizations call for inclusion of smallholder farmers and workers in finding climate solutions …as global focus on climate crisis intensifies ahead of COP26.

The Coalition of Non-Governmental Organizations (NGOs) in Water and Sanitation (CONIWAS) is calling on Government to put some pragmatic measures...

The Agotime Traditional Area has officially announced the date for the final funeral rites of the late Paramount Chief (Konor)...

All is set for the Communication Bureau of the Adentan branch of the opposition National Democratic Congress (NDC), to hold...

The National Service Scheme is the agency in charge of posting our graduates or qualified Ghanaians to pursue their mandatory...

The Coalition of Non-Governmental Organizations (NGOs) in Water and Sanitation (CONIWAS) organizers of the MOLE Conference series has launched the...

Fair Trade organizations call for inclusion of smallholder farmers and workers in finding climate solutions ...as global focus on climate crisis intensifies ahead of COP26.